Interview with Kate Egan, editor of The Hunger Games trilogy 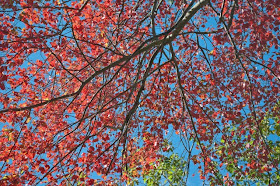 Today I’m taking you behind the scenes of The Hunger Games trilogy by Suzanne Collins, this year’s “It” series in young adult (YA) fiction. The trilogy's editor, Kate Egan, happens to live around the corner from me. She came to my house for coffee to share the publishing story behind this #1 New York Times bestseller series, which has been popular with adults too.

The premise draws on both pop culture and the Greek myth of Theseus and the Minotaur: a despotic ruler selects children from every district to fight to the death. The sole survivor brings back a bounty of food to his or her district. The battle is staged in a nightmare world of mutant hazards and broadcast live as entertainment, the ultimate reality TV. Needless to say, this gory spectacle foments, rather than subdues, rebellion in the districts.

When her younger sister is selected to be a contestant, Katniss volunteers to take her place. Katniss is a skilled archer who has been poaching wild game to feed her family. She is paired with a boy, Peeta, who once saved her from starvation. Katniss owes Peeta her life, but only one contestant is allowed to survive. Peeta loves Katniss, but she also has feelings for her hunting partner, Gale. This love triangle frames a coming-of-age story set in a war zone.

Although the first two books The Hunger Games (2008) and Catching Fire (2009) were more entertaining and better paced, Mockingjay (released last August 2010) has greater philosophical depth and moral ambiguity. The regime is corrupt and evil, but are the revolutionaries any better? In this not-so-distant future, television has become the most effective weapon of war. Despite the violence, this series does not glorify war, rather the opposite. The cost of war is paid by all participants, win or lose.

This dystopian trilogy reminded me more of George Orwell’s 1984 and Animal Farm than of books written for teenagers. If you've never read YA, try these. My daughter found the first book too scary at age eleven but returned to the books at age thirteen and really enjoyed them. I loved them too. All three books were hard to put down and impossible to forget. After finishing, I had many questions. Kate Egan had the answers. 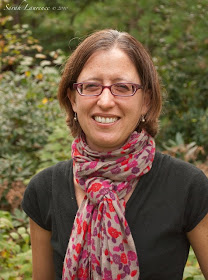 My Interview of Kate Egan

Sarah: how did you first connect with the author Suzanne Collins?

Kate: while working for Scholastic in NYC, I acquired and edited Suzanne’s first book, Gregor The Overlander. It became a five book series. The Underland Chronicles is about a boy who falls through a hole in his laundry room into a world hidden under New York, populated by giant rats and cockroaches and other creatures you might expect to find beneath the city.

Exactly. The Underland Chronicles is meant for a younger audience but shares a similar central theme with The Hunger Games series.

What is that central theme?

Suzanne’s main interest is “what is a just war?” She’s especially concerned about the effects of war on a person.

What first attracted you to her writing?

The un-put-down-able quality to her writing. Suzanne started her career as a screenwriter. She wrote the adorable Little Bear television program on Nick Junior, among many other shows. She knows how to move a story and how to hold a kid’s attention, although Little Bear and her novels are extremely different in tone.

What was the inspiration for The Hunger Games trilogy?

Suzanne was flipping back and forth between the Iraq War coverage and Survivor on TV when she got the idea for The Hunger Games. Suzanne always writes her books in 3 parts with 9 chapters each so a trilogy was natural. She had the whole story in her head from the start.

When did you first hear about The Hunger Games?

Four years ago I was doing the final edits on the last Gregor book, when my second child was born. It was a month before I was ready to get back to editing. Suzanne used that time to write the proposal for The Hunger Games trilogy. The original proposal had the fight to the death and the intriguing character of Katniss. I realized that this was going to be the biggest book I’d ever worked on.

Why do you think The Hunger Games series has been so successful?

When I started working in publishing in the mid 1990’s, young adult fiction was all but dead. Scholastic, the publisher of The Hunger Games, barely published YA back then. There was no dedicated space for teen fiction in the bookstores. In the past ten years, the publishing pendulum has swung towards YA, even garnering an adult crossover audience. The Hunger Games was impossible to put down, and Katniss was a great character. Suzanne is a terrific storyteller. 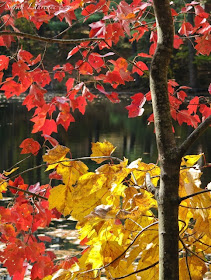 Given that Scholastic’s headquarters are in NYC, why did you move to Maine?

My husband worked for the New York City government, and one of the terms of his employment was that we had to live within the city limits. We were living in a basement apartment in Brooklyn Heights. Our daughter’s crib was in the hall! In 2003 my husband was offered the job of running the State Ethics Commission in Augusta. In six weeks we bought a car and a house and moved to Maine.

How did you manage to keep working as an editor after the move?

I switched to working freelance for several publishing companies, mostly for Feiwel and Friends, an imprint of Macmillan. I kept 3 of my old authors from Scholastic, too. I work in the mornings when both kids are in school, during naptime and late at night.

How did you hold onto Suzanne Collins as your author?

When Suzanne’s agent sold The Hunger Games trilogy to Scholastic, it was agreed that I would remain her editor. We’ve been together for eight books now.

What are Suzanne Collins’s strengths and weaknesses as a writer, and how do you help her as an editor?

Storytelling is Suzanne’s strength. As an editor, I help her develop the characters. For example, I asked her for more of the Peeta-Katniss-Gale love triangle. Suzanne was more focused on the war story. We’ve learned to trust each other. Sometimes Suzanne thinks it’s obvious where she is going, but I tell her I don’t see it. When I need help following, it’s a sign that the manuscript needs some shoring up.

What has happened in the wake of The Hunger Games?

Suzanne wrote the screenplay for the movie of The Hunger Games, which will be produced by Nina Jacobson at Lionsgate Productions. They are in talks with Gary Ross, who directed Pleasantville and Seabiscuit. Suzanne is also busy with the Mockingjay launch and approving licensing products, like a Hunger Games board game.

Is Suzanne Collins working on a new novel?

I think she is starting to think about it, but that’s all I know right now.

I’m struck by how much The Hunger Games has appealed to adult readers as well as to teens. What marks a book as young adult as opposed to adult fiction?

I'd say that there has to be a teenaged protagonist. They are coming-of-age stories. The ending does not have to be happy, but there must be hope. A window is left open.

Reviewer’s Disclaimer: I bought all three books myself when they were first released. Kate Egan and I were introduced by our neighbor Charlotte Agell, author of another dystopian novel for teens, Shift. This interview was our first meeting. We met up more recently for a walk to enjoy the fall foliage. That first shot is from my front yard, and Kate is standing in my back yard. All photos were taken by me.

Note: Please do not contact me to reach Kate Egan. I am unable to forward e-mails.